U-Multirank has published the results of 2022

Kharkiv National University of Radio Electronics retained the first place among Ukrainian universities in the number of the highest marks. On the Sunburst Chart, this is 15 full rays.

KNURE also took second place in the subject ranking of Electrical Engineering and eighth place in the ranking of Computer Science.
This year, the number of Ukrainian universities represented in U-Multirank has increased from 76 to 93. In total, the ranking includes more than 2,200 universities from 96 countries.
This year’s motto was a new idea of ​​student diversity, access and inclusion.
The ninth edition of the U-Multirank comparative ranking shows how universities address social inequalities in access to higher education. To this end, U-Multirank for the first time included in its data indicators of access to higher education for underrepresented groups, enrollment of mature students, students with disabilities, gender balance.
U-Multirank provides information on more than 30 indicators in five measures of effectiveness: education, science, knowledge transfer, international orientation and regional cooperation.
U-Multirank positions itself as an alternative to traditional ratings. His multidimensional approach compares the performance of universities in a number of different activities, evaluating each of them from “A” (very good) to “E” (weak). This allows users to identify the strengths and weaknesses of the university in the aspects that interest them most. The data included in U-Multirank are obtained from sources that provide users with a complete set of information: data provided by universities; data of international bibliometric and patent databases, national databases; and surveys of more than 100,000 participating university students. 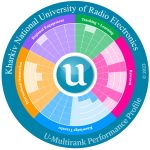 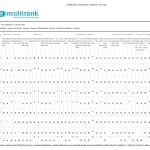